40 years in production – A personal story

Production is at the heart of our company. Every day for over 130 years, our colleagues work in shift to create a "Taste of Home" for our consumers. Jasna Subosic tells us what it’s like to operate machines and gives us an insight into her career path. 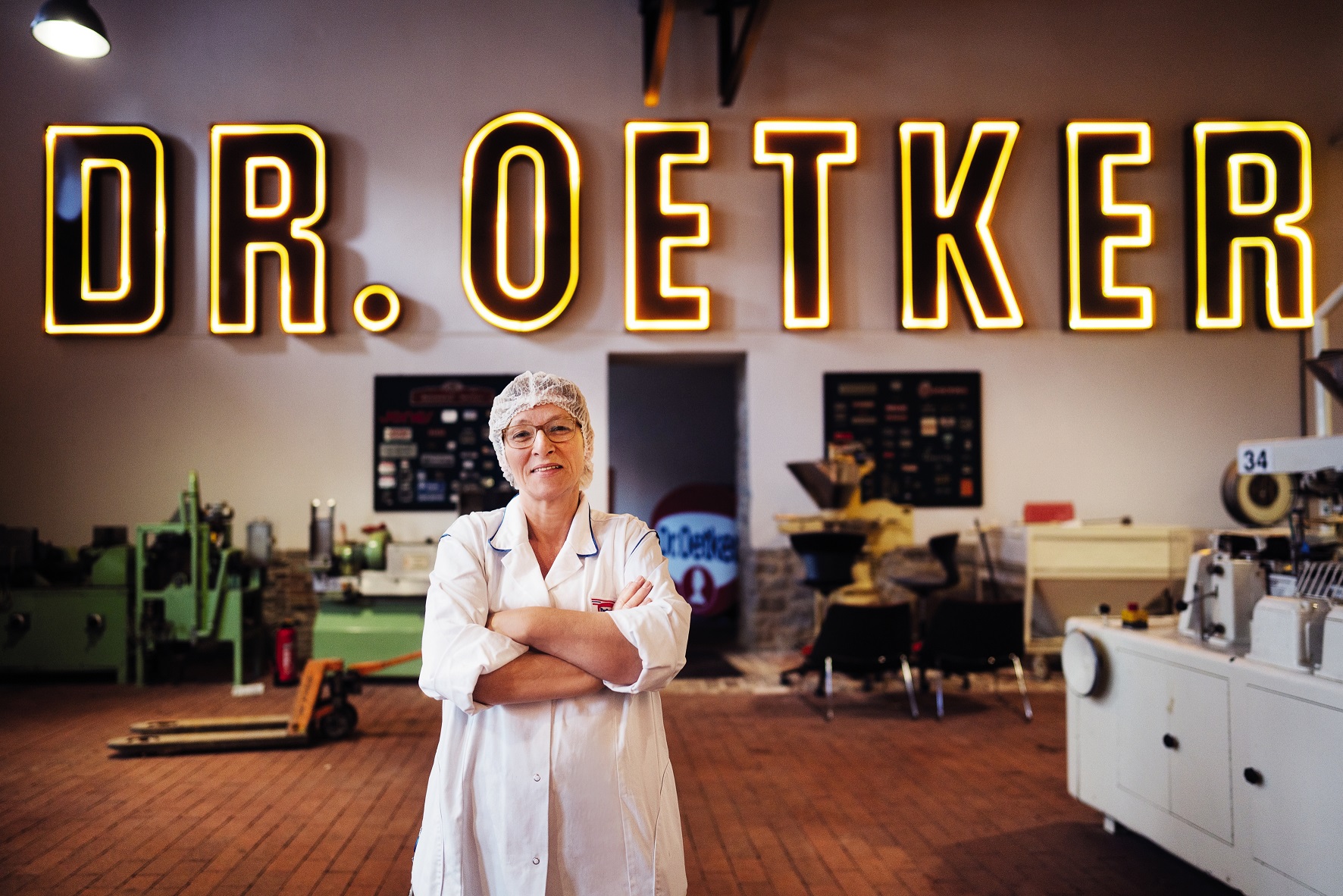 It’s loud here on the Sparrenburg filling line at the Brackwede (Bielefeld) plant. But still, the afternoon shift workers concentrate on their work despite the noise. The production line is currently producing Vitalis Porridge with Berries. With other colleagues, respectively, Jasna Subosic operates machine no. 33, affectionately dubbed “Agatha” by the workforce. She has all of the processes under routine control. In 2020, she celebrated her 40th year of working for the company.

From Croatia to Bielefeld

Jasna Subosic’s roots lie in Croatia. During the summer vacation of 1980, she travels to see her mother in Germany, who at the time is employed at Dr. Oetker’s Brackwede plant on the gala pudding powder filling line. She intends to stay for two months, but fate has other ideas. Her mother falls ill and is now dependent on her daughter’s help. Jasna Subosic has to stay in Germany. She is therefore unable to complete her schooling. Over the next two years, she plans to save for her driving license and to buy a car so she can then return home. But things turn out differently once again: Jasna Subosic meets her future husband and the pair start a family in their new home country.

From filling to high-bay warehouse and back again

Young Jasna follows her mother’s example and commences her career at Dr. Oetker on September 22, 1980, in manufacturing. She starts on the filling line and progresses to the high-bay warehouse. After seven months she returns to the filling line and shortly afterwards moves to the so-called “phial department”, where flavors used to be filled. Over the years, Jasna Subosic is deployed to many sites, including the Oerlinghausen plant, just a few kilometers away. But, since 1995, her permanent field of activity remained the filling line, where she always worked in shifts. In this time, she also experienced the move from the pudding powder structure in Bielefeld’s Lutterstrasse, today’s Dr. Oetker Welt (a world of experience for visitors), to Brackwede.

While the classic Dr. Oetker products such as pudding and Vanilla Sugar have perhaps not changed greatly over the decades, the transformation in manufacturing itself cannot be simply dismissed, as Jasna Subosic has experienced herself. The modern machines require considerably more attention; their operation has become more demanding over the years and the responsibilities of each individual worker have increased. It is necessary to check conscientiously, fill out forms, take samples and independently maintain an overview of everything going on. Jasna Subosic particularly values the pleasant working environment and team spirit, which is characterized by collegiality and helpfulness.

Jasna Subosic considers these transformations quite positively. She and her colleagues are not only experiencing the development of manufacturing processes in terms of keywords like “Industry 4.0”, “Lean Management” and “New Work”, but are actually noticing the practical effects on their daily work. For instance, individual employees are now able to become considerably more involved, they can contribute their own ideas for improving existing processes and generally work more independently. Modern organizational methods such as “shopfloor management” have, according to Jasna , been introduced with motivation. During planning for a new machine, experienced colleagues are actively included in the development process. In the past, according to Jasna, this was quite different. The fitters had offered brief instruction and then left her and her colleagues to operate the new machine after just two or three days.

Overall, Jasna values the significantly better convenience offered by modern machinery, simply because her work is considerably more pleasant. Jasna Subosic still remembers the old machines, which can now be viewed in the “Technical Collection” on the Brackwede plant premises. With the so-called “rattle machines” a lot of manual work still had to be performed, for instance prepackaging and straightening the packets. Today, this all takes place automatically.

„With the so-called rattle machines a lot of manual work still had to be performed, for instance prepackaging and straightening the packets.“

It brings back memories: in the "Technical Collection" on the Brackwede factory premises, Jasna Subosic once again stands at one of the historic filling machines, affectionately known as "rattle machines".

Jasna Subosic is proud to work for Dr. Oetker and has never regretted her decision. She is pleased to have contributed for decades to enthusing people about products she has helped to make. Irrespective of where she and her family travel on vacation – Dr. Oetker and “her” products are well-known. What is her advice to young talent in production? Primarily to continue their education and training so they can develop better. She would also be pleased if her story motivates young people to undertake an apprenticeship in production.