Sustainability is the first step towards regenerative business.

An Interview with Dr. Albert Christmann, CEO of Dr. Oetker. 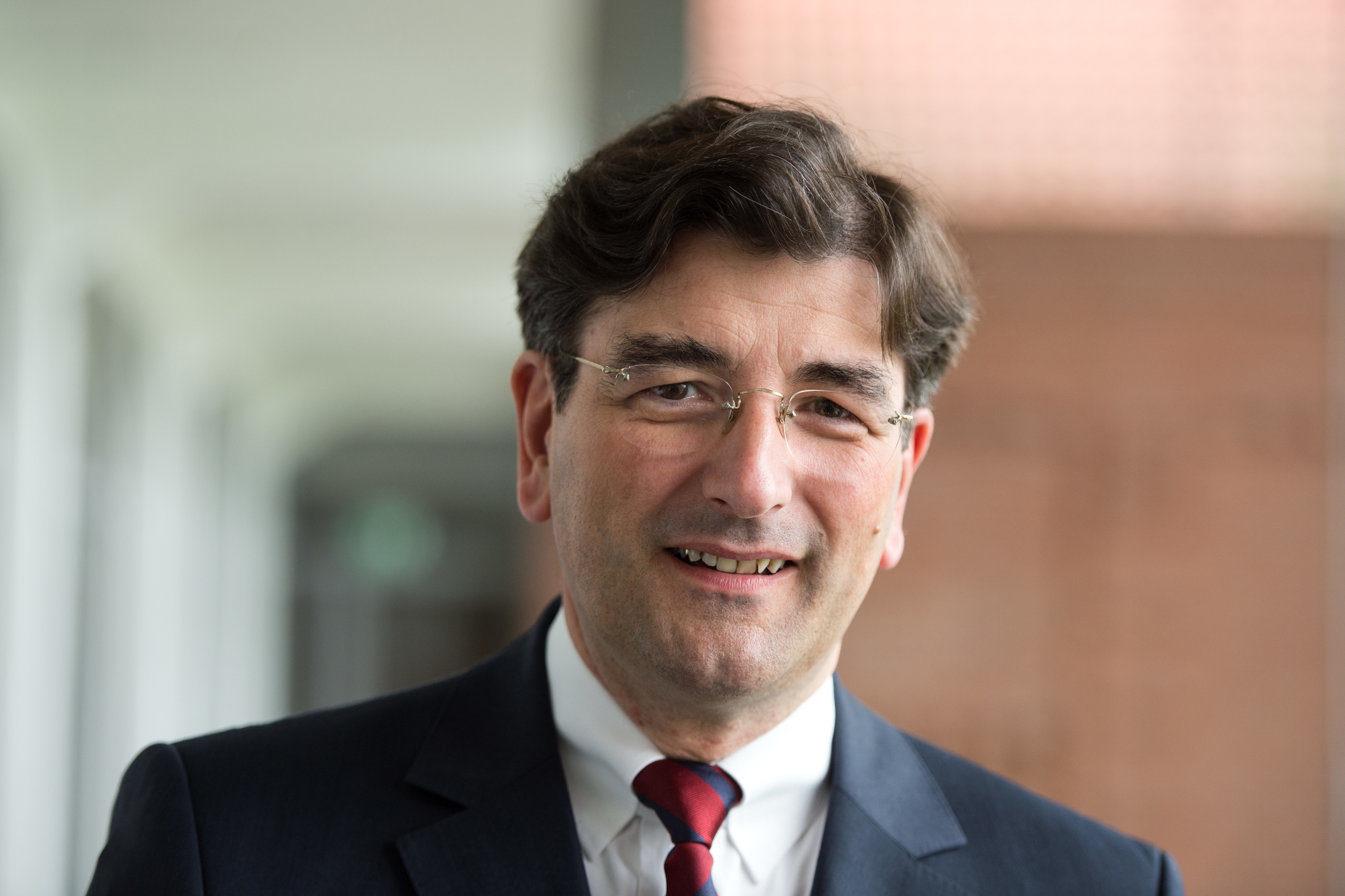 What does regenerative business mean for you?

Dr. Albert Christmann: Acting sustainably means reducing negative impacts on our environment to "zero," in other words, avoiding them. But I think that's not enough: We should go beyond that and operate in a regenerative way, to make a positive contribution to repairing past damage caused by us or damage caused by others.

And how can a food manufacturer like Dr. Oetker implement this for themselves?

Dr. Albert Christmann: As food producers, we must start with our raw materials and especially with how they are produced. An intact topsoil, including biodiversity, is crucial here. Because healthy raw materials can only grow in healthy soil. As an important side effect, such soil stores much more carbon. This in turn reduces man-made global climate change: the more carbon is bound in the soil, the less CO₂ remains in the atmosphere - and the greenhouse effect is significantly reduced. It is similar with the absorption capacity of water, which seeps away much more quickly in healthy soil and is stored at the same time. In this way, better harvests can be achieved in dry years and at the same time, flood disasters can be mitigated. Ultimately, it is also about coexisting or living with nature - and not "exploiting" it.

And so I view sustainability as a path with the goal of regenerative business, so that our generation makes life possible for future generations. A food manufacturer like Dr. Oetker produces “means of life” and relies on intact soil and regenerative “agriculture”. We see it as our obligation to do our part to help the soil heal.

When did you first become aware of the topic of “regenerative agriculture”?

Dr. Albert Christmann: Probably already in my youth – but nobody talked about regenerative agriculture then. The methods of "regenerative agriculture" are not new topics, but rather a kind of return to the past: We have long known how we can cultivate our soils in such a way that they are productive in the long term. In any case, the use of pesticides and artificial fertilizers to produce food at low prices is not conducive to long-term success, but rather production in harmony and in a cycle with nature.

While we owe much to today's intensive, yield- and price-focused agriculture for contributing a significant part to the prosperity of our society today, there is also the other side of that prosperity. It is based on the leaching of soils, which have thus deteriorated over the decades of conventional agriculture: For example, biodiversity in and above the ground has steadily declined, water bodies are partially and increasingly polluted by fertilizers and pesticides, and soil erosion and a lack of water storage capacity are a problem, especially during extreme weather events. Conventional agriculture is also contributing to the climate crisis due to the increasing use of fertilizers and pesticides based on fossil raw materials, which has now been going on for almost a century.

Regenerative agriculture has the potential to make farming part of the solution. If regenerative methods are consistently implemented, doing so has many positive effects: Soil life is restored, humus content increases, biodiversity increases in the soil, water and carbon are stored, which is what is known as CO₂ sequestration. What I personally like: Both conventional and ecological farms can implement regenerative methods and thus make a contribution to climate protection, biodiversity and better water quality.

That sounds good - what's Dr. Oetker's position on this?

Dr. Albert Christmann: It is important to us to be part of the journey and to drive the necessary transformation of agriculture in our own value chains. In one project, we are currently selecting suitable partners that we would like to support and from whom we would like to purchase raw materials. In a first phase, we are initially focusing on the raw materials wheat and cereals as well as sugar (beets). We are aware that we are only at the beginning: We won't be able to get this done overnight and we certainly have to work out the right approach for ourselves first. Of course, it will still take time before we can see the fruits of our efforts. It's a marathon, not a sprint: So it takes years for degenerated soils to recover and for the positive effects on climate protection, water and biodiversity to become apparent. But, every year we take a further step in the right direction.

Regenerative, organic, various seals - isn't that confusing for the consumer?

Dr. Christmann: I understand that consumers also find it difficult to make the right choices for health and the environment. And it is not easy for them to find out what the right thing to do is. That makes it all the more important to explain well what we do - and what we don't do. It is crucial that we present our actions transparently and show which positive effects have already been achieved for which products or projects. I believe that supporting regenerative agriculture is the right way to go in the long run. And that our consumers will appreciate that we're making the move.

So why doesn't Dr. Oetker implement this directly for all its products and raw materials?

Dr. Albert Christmann: We looked at which raw materials can have the greatest positive impact in the first step. We will also have to learn at the beginning. We then want to scale what we have learned to other products or commodities. By doing so, we can ensure that we use our investments as effectively as possible. Politicians must also create the right framework for this. And then there must also be more and more farmers who want to do business regeneratively, which is only the case if our consumers then also buy the products made in this way; at fair prices so that the farmers can make a living from their work.

How do you rate what you have achieved so far?

Dr. Albert Christmann: I am proud of Dr. Oetker's employees for tackling this issue with such commitment and success. We have set out on this path and must now continue to pursue it consistently - together with the farmers, together with our consumers. I will work with great commitment for this topic, because I am deeply convinced that it is the right thing to do. And I know that I am by no means the only one who thinks that way at Dr. Oetker. That gives me great courage.