From Wittlich to Europe

Get to know one of our two German pizza production sites. 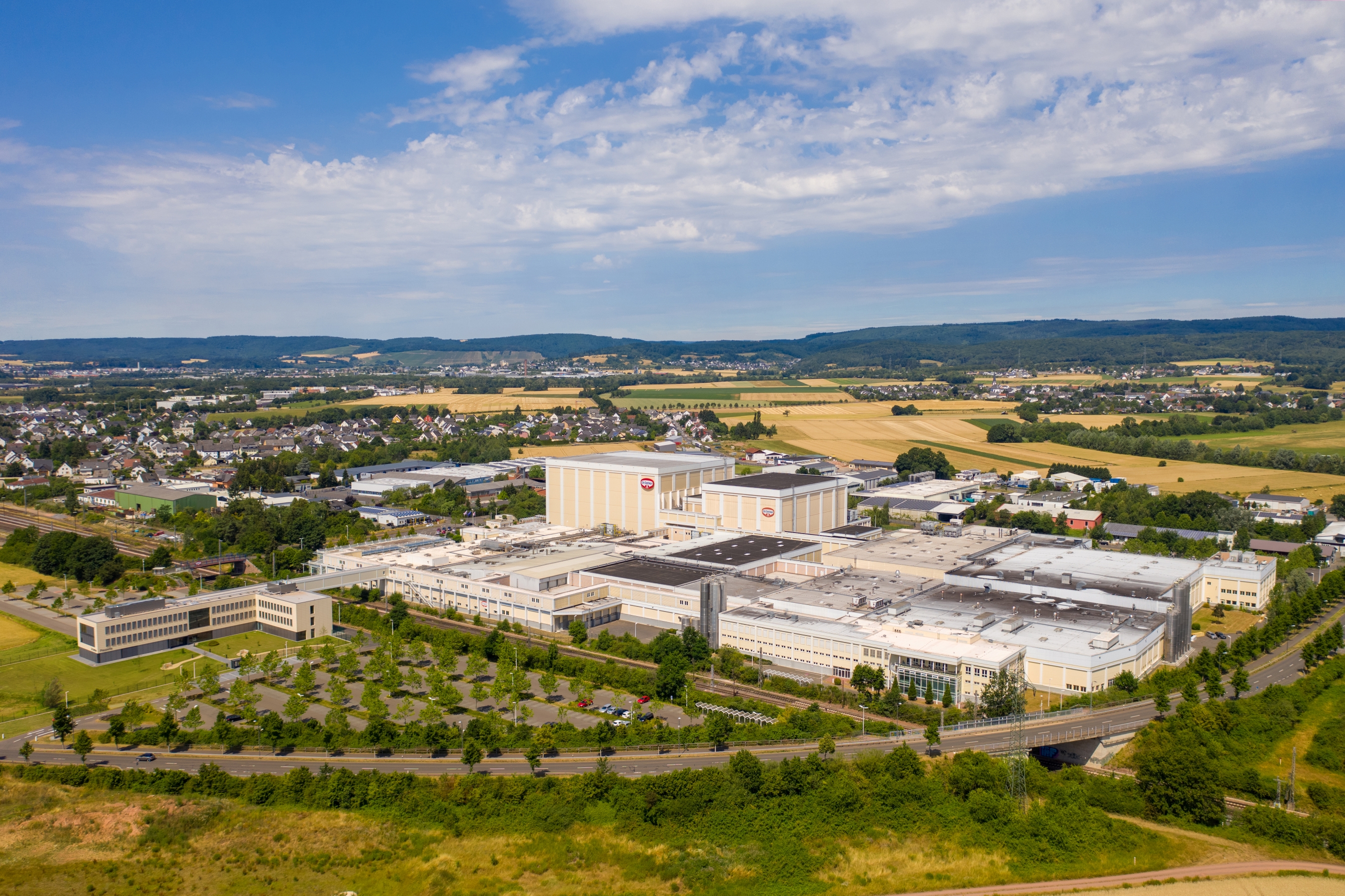 The location was a perfect choice. In the middle of the idyllic southern Eifel, the district town of Wittlich is near to the Benelux countries and France. From here – according to the plan in 1980 – the frozen pizza express was to roll from Germany to Western Europe. 40 years later it can be said: The plan worked perfectly.

Just ten years earlier, Dr. Oetker revolutionized the market in Germany with the first frozen pizza (alla Romana). In the absence of its own production facility, Dr. Oetker initially produced the pizzas on a license basis at Romano Freddi in Italy. Yet this then came to an end. With the completion of the plant in Wittlich, Dr. Oetker started a new era. The Ristorante brand became one of the most successful pizza brands in Europe. This success was driven by the Wittlich location with its excellent transport connections, initially even with its own railway siding and later with the motorway close by, its geographical location and the attractive location for workers. After all, the area between the Eifel and Moselle is one of the most livable in Germany.

Tatjana Knatz and Karina Gilius, production workers in the packaging department, check every single pizza. After all, the pizzas must also meet the highest quality standards in terms of appearance.

Accordingly, to this day, primarily high-performing and motivated employees shape the fortunes of the plant. 1500 of them work at the Wittlich site, one of two German production locations. They ensure that around 1.5 million frozen pizzas and snacks make their way to German and European supermarkets every day.

Many steps are necessary before La Mia Grande arrives in the shops: kneading the dough, shaping it, adding delicious toppings, freezing it and packaging it.

That was quick: After a development and construction period of only two years, our colleagues put the so-called “Pizza line 10” into operation at the Wittlich plant. What has emerged here is a classic production hall in which a multitude of new technologies and in-house developments by the Wittlich colleagues ensure stable pizza production.

The expansion of production has become necessary due to a pleasing development of La Mia Grande: Turnover in 2021 has so far grown by more than 30 percent compared to the previous year. An international success – because La Mia Grande is now available in eight countries. Therefore, the La Mia Grande success story continues – internationally, produced in Wittlich.

Hans-Dieter Husch has been with Dr. Oetker in Wittlich since 1994.

“I have spent a large part of the last 25 years of my life at the Dr. Oetker site in Wittlich, I continue to enjoy exciting tasks and wonderful moments here. I am surrounded by great people and at the same time Dr. Oetker gives me a feeling of safety and security.”