Always at home in the world – Part 1

Dr. Oetker is an international company, of course. But how long we have been active worldwide is perhaps less known. 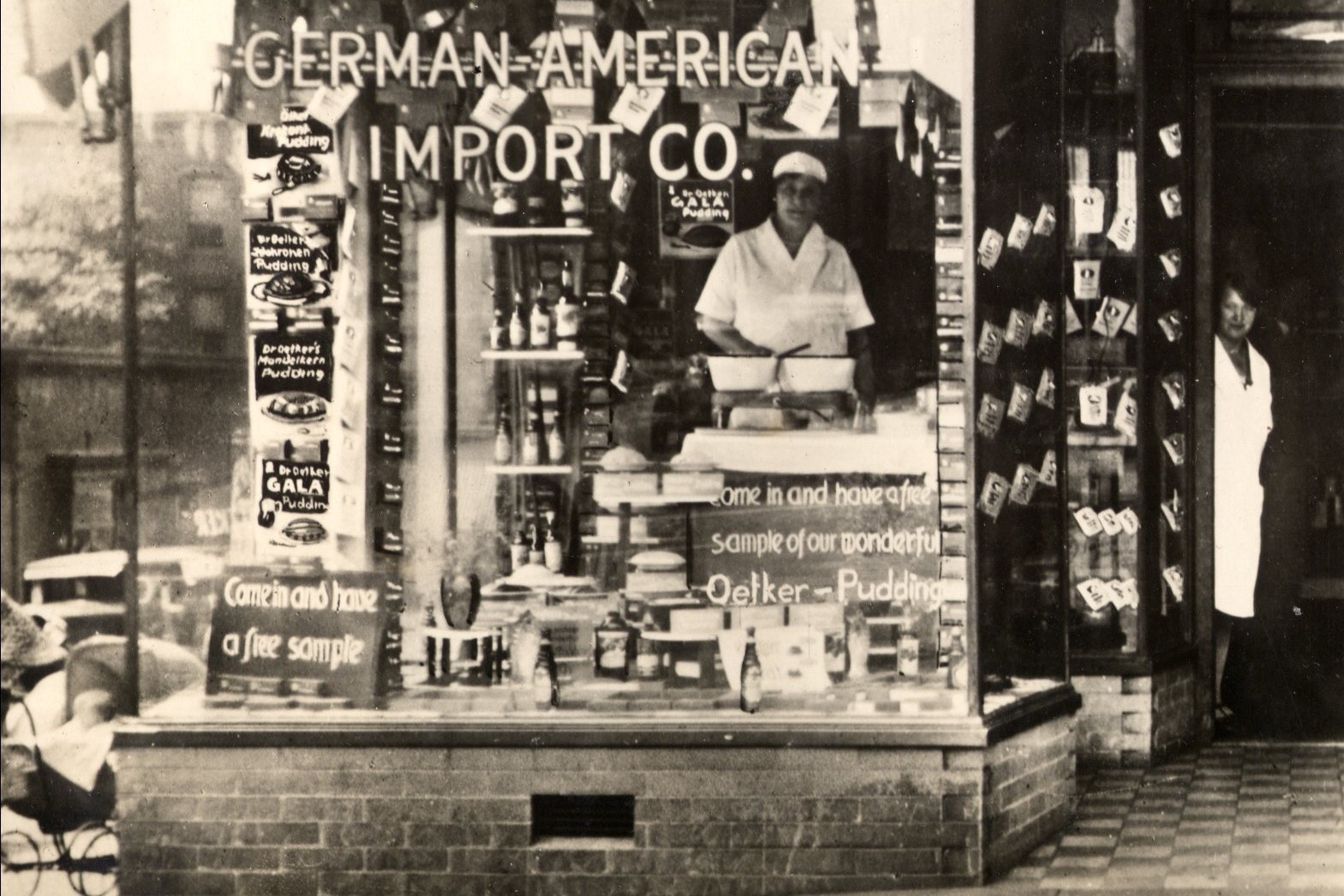 At the beginning of the 20th century, Dr. Oetker products were already being exported to other countries. The starting signal for foreign production was given on February 4th in 1908, when the Baden plant near Vienna in Austria went into operation. Many more locations are to follow. In this article we review the development of our foreign business in the first decades.

First exports and a plant in Austria

At the beginning of the 20th century, Dr. Oetker grows rapidly, with consumer demand increasing many times over every year. Hundreds of millions of packets of powder products are sold by the end of the 1900s. So, it's clear that Dr. Oetker quickly sets its sights on foreign markets as well. Many of the neighbouring countries are supplied with products from Bielefeld. However, transport and customs costs reduced profits. This is one of the reasons why a branch office is set up in Aussig, Bohemia, in 1905. Costs are to be saved. In 1908, this operation moves to Baden near Vienna, where it is expanded with a fully functional production facility. The company is managed under licence by Gustav Hornberg, a Dr. Oetker employee from Bielefeld. The start of the First World War means that further expansion of the foreign business has to be halted.

European expansion during the interwar period

After the end of the war, Dr. Oetker can once again take care of the further development of foreign markets. New independent branches are now set up in quick succession to serve the markets directly. In 1919, for example, Dr. Oetker district representative Adolphe Ancel founds his company in Strasbourg and produces Dr. Oetker products. In Alsace-Lorraine and Luxembourg the products are marketed under the Dr. Oetker name. In the rest of France, however, they are henceforth marketed under the Ancel brand.

In 1921, a production facility is set up in Gdansk in present-day Poland, which successfully produces and distributes Dr. Oetker products and is still used by the company today. One of the next establishments is Budapest, the capital of Hungary. In 1924, the factory starts operations here. Other European foundations take place in Belgium (1929), Denmark (1929), the Netherlands (1931), Italy (1933) and Norway (1935). Due to the Second World War, however, some of the national companies were initially unable to survive and often had to be rebuilt decades later.

The European market is rapidly becoming a success story for Dr. Oetker. So it makes sense to try it "across the pond" too. In fact, an import base is set up in Sao Paulo, Brazil, as early as 1928. In 1954 this is expanded into a national company. However, due to the long transport route, production was already being carried out under licence locally in 1928.

Dr. Oetker products also find their way to North America. In the USA and Canada, Backin, pudding powder or Jell-O are already available in shops in the 1930s. Today, our products are present in many countries worldwide, be it with a very long tradition in Brazil or, more recently, in South Korea.

Learn more about the history of Dr. Oetker.